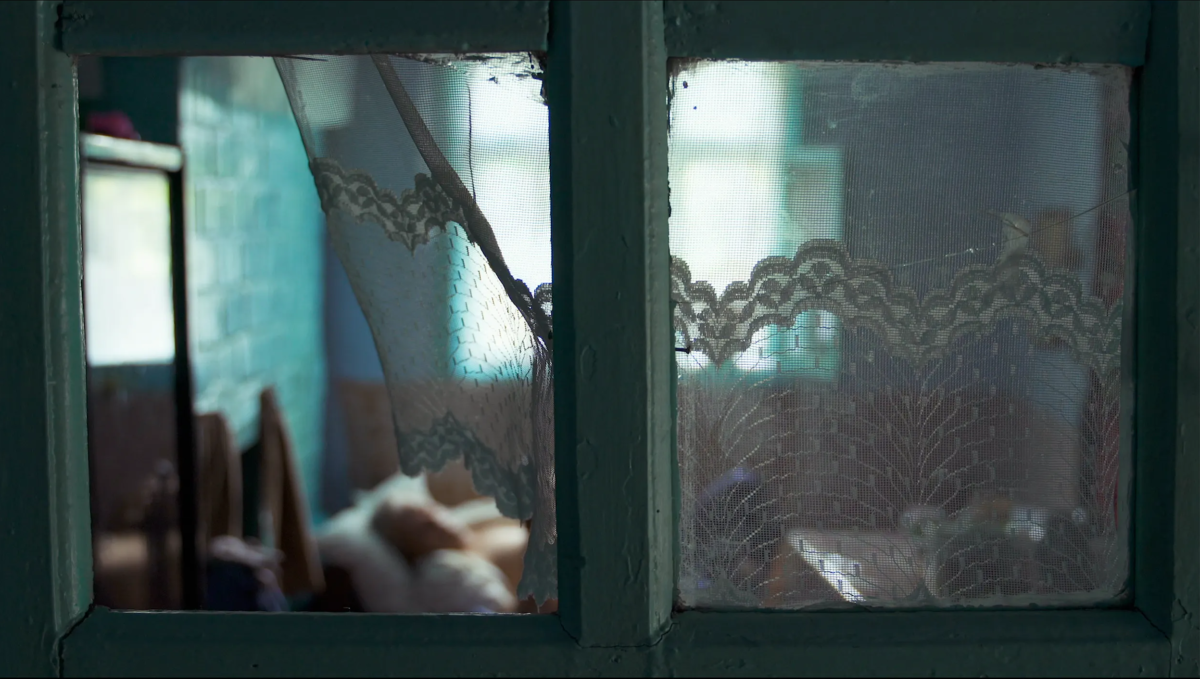 In her short documentary My Uncle Tudor, part of the international competition at Film Fest Gent, Olga Lucovnicova faces a troubled personal past. The letter she writes to Fantômas reflects on how such a personal story, told in a film, can bring about changes far beyond the cinema screen.

I would like to share with you how a personal story told in a film can change the world.

Chapter 1: Each of Us Makes His/Her Own Film

Some things are difficult to explain. There are no suitable words, colours and notes to express them. In this case, the methods and conventions of cinema help to communicate with humanity.

Cinematic language speaks on completely different levels and dimensions than the textual message. Each of us learns this language from birth. We start recording the film of our life from our first breath. When we open our eyes and see the light for the first time, hear the voice of our parents and see our first dream, then we start editing scenes by blinking our eyes, we do a parallel montage, comparing events from different time intervals, and create new worlds in a dream. This is the ABC of cinema.

So, a film is a selected piece of the director’s own world that he/she decides to share with others. The film itself is a small life and a reflection of the author’s universe.

The cinematic language can express the deepest feelings and experiences, and documentary cinema the sincerest.

Why did humanity reach such progress? Because they passed on their knowledge and experience to each other. Nescience has caused a lot of pain and grief to humanity. Many of our ancestors died of nescience: eating a poisonous berry, being burned by fire or receiving a lightning strike. Their harmful experiences pushed humanity to learn what berries should not be eaten, how to properly handle fire and how to build lightning rods. If these sober events would be ignored, neglected and concealed, humanity could continue to die of dumbness.

Bitter personal experience is like a poisonous berry. It kills us from the inside, but by sharing it with others we can save the future of humanity.

Chapter 3: About Truth and Silence

Violence, assault, rape, maltreatment, molestation, aggression, attacks and other forms of crimes against humanity are hidden under the mask of silence.

“Always tell the truth”, is the first parenting lesson in childhood. When the truth is not cotton candy and fireworks, we get another lesson – be quiet, because your secret can turn against you. This way, wishing to protect us, our close beloved people convince us to be silent and forget about our pain. What a pity that we and they forget that silence and fear give strength to evil. Hiding any form of violence is equal to egoism and selfishness.

Last year, I realized how much we tend to hide and conceal because of fear. As a result, painful personal experiences become the heavy stones that drag us into a pit of despair and depression. Running away from ourselves, we fall into the trap of the devil. The worst thing is that this trap is strongly protected by people we love and trust, who fear that the truth may harm them and us. They are not able to understand that secrets, silence and hidden truth eat us up from the inside. If we know our enemy, we can turn away from them, but when we become our own enemy, there is no escape. No psychologist, meditation, medicaments, alcohol or drug can help us to run away from ourselves. Moreover, our silence and restrain that empowers evil can lead to the suffering of others.

The only way out of self-destruction is to face fear, confront evil, and speak out the pain.

Chapter 4: Cinema, Monologue of the Soul

Cinema is the language of feelings and emotions. Its letters and words are states, atmospheres and images. It can best express joy, sadness, fear and happiness. In this sense, cinema is the most human language. This language creates dialogues between souls. So, each film is like a monologue of one soul addressed to humanity. Therefore, it is the most powerful and compelling medium for sharing personal experiences and stories.

In this sense, autobiographical cinema is like the cry of one soul for the salvation of other souls.

Last year, for the first time, I ventured to tell my personal story in a documentary film. The path from idea to finished film was very difficult. On my way, I met many obstacles, constraints and pressure. Often the tension coming from my loved ones drove me to tears, despair and hopelessness. I was ready to give up my idea and continue to live in consciousness oblivion. In these moments of despair, I was pushed by one thing: the inaction and silence of others, which endangered innocent souls. I could not allow myself to be silent any longer and be a part of this corrupt inaction. Therefore, I firmly decided to open my story regardless of my colossal fear and uncertain future. I tried to use my story to break stereotypes and encourage people like me to talk.

When the film came out on the big screen, I was ready for any reaction, because I had a firm goal that was stronger than any fear of prejudice. I realized that no one can tell my story as deeply, accurately and honestly as I can. I felt that my bitter experience gave me important knowledge to share. I discovered that there is a poisonous berry that can grow in any home, regardless of wealth, education, country or culture. Few people know about this, because we tend to believe that family and home are the safest places on earth.

I was lucky that many people heard and understood my scream of soul. The film attracted the attention of many film festivals and this allowed my story to be heard on all continents. As a result, I received many letters from people who, like me, were silent for many years, as well as from others who were not aware of the existence of such a poisonous berry that can appear in any home.